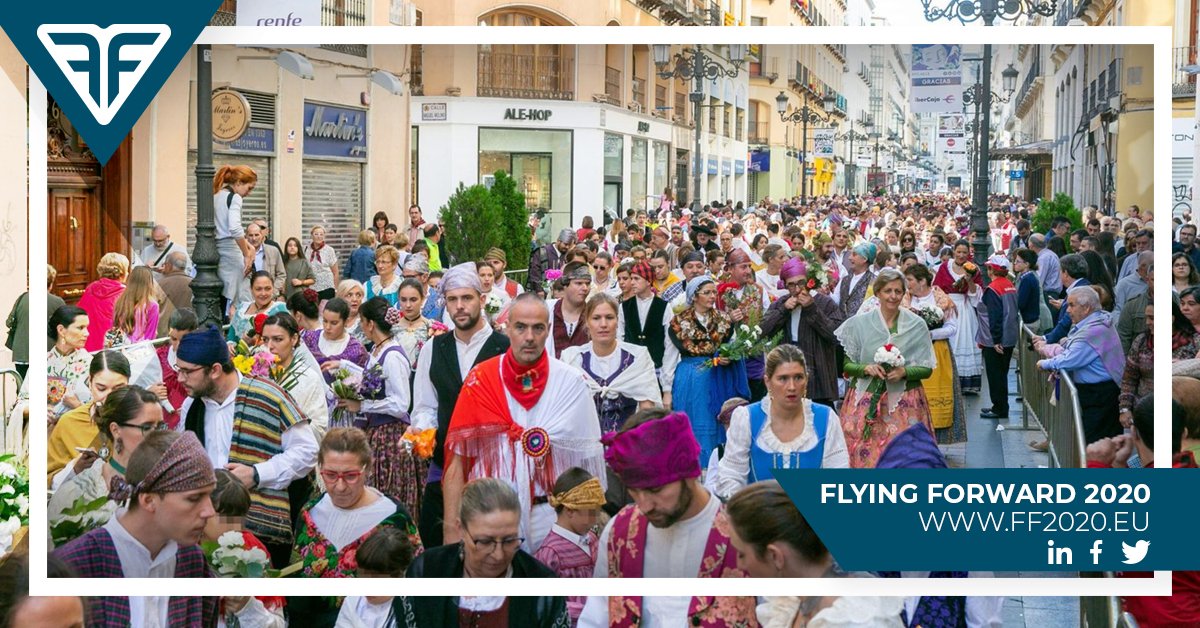 ZARAGOZA, Spain – October 10, 2022– Zaragoza City Council, one of the twelve Flying Forward 2020 (FF2020) consortium partners, leads the living lab in Zaragoza, Spain's fifth most populated city, where drone operations will be held as part of the Flying Forward project. The drone demonstration involves autonomous monitoring of a mass event to ensure safety and provide support during emergencies.

The first use case will take place on October 12, 2022, in the urban city centre during the Fiestas del Pilar. The annual event is held in honour of the Virgen del Pilar, the city's patron saint. Hundreds of thousands of people are expected to attend to take flower offerings from the city centre to a replica of the Virgin's statue on the Plaza del Pilar. The second use case will be carried out in an urban green area during Easter activities in April 2023, when another large crowd is expected. 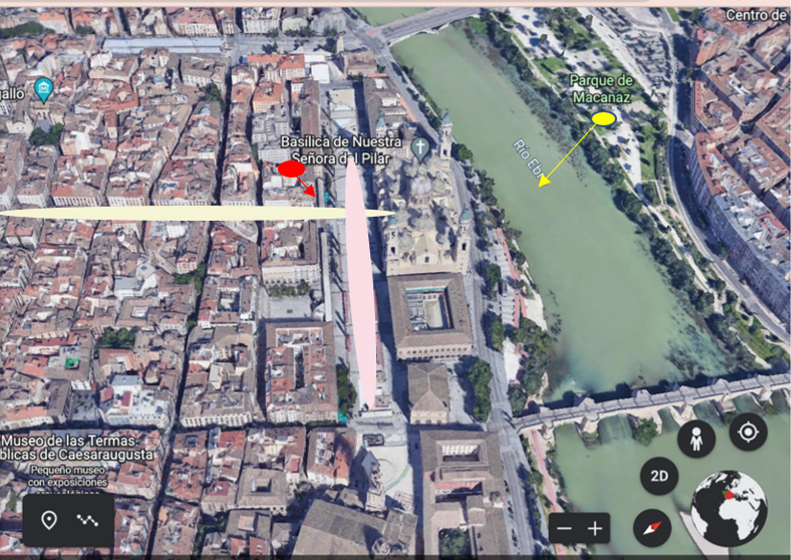 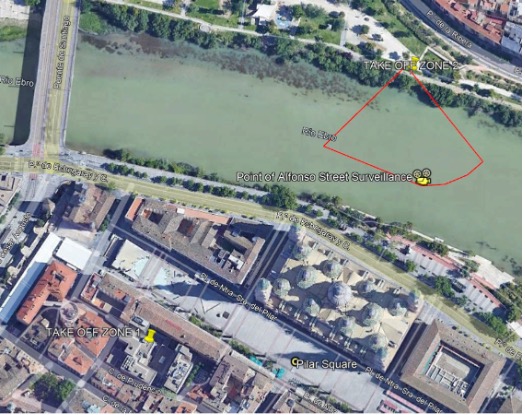 Zaragoza is considered the most committed city to Urban Air Mobility (UAM) in Spain by many. With the launch of HERA DRONE HUB in 2021, Zaragoza became the first city in Europe to facilitate the experimentation of future Urban Air Mobility in a real environment and within the controlled airspace of airports (CTR). The hub is a multidimensional space for innovation and business development of drones in the field of UAM. It is also the first European urban space designed and configured for testing Unmanned Aerial Vehicles (UAV) for transporting people and goods in restricted airspace.

The technologies provided for the FF2020 use cases are developed by the project's consortium partner, VERSES, and Zaragoza City Council's commercial relation, LabelFuse. They have made it possible for drones to fly safely over crowds and take images that enable the collection of mobility information to improve future interventions. This data will also help to create evacuation routes for emergencies during mass events in restricted public spaces to prevent crowd surges. The collected information will be shared as open data and could be used by scientists, legislators, urban planners and managers.

The integration of the Drones Unit of the Zaragoza Fire Department into the public emergency organisation 112 Aragón has also played an essential role in preparing for the demonstrations. 112 Aragón has since become an Unmanned Aircraft Systems (UAS) operator and has been invited along with the National Police Department ­­– the institution that issued Zaragoza's flight authorisation – as a key stakeholder in the use cases. 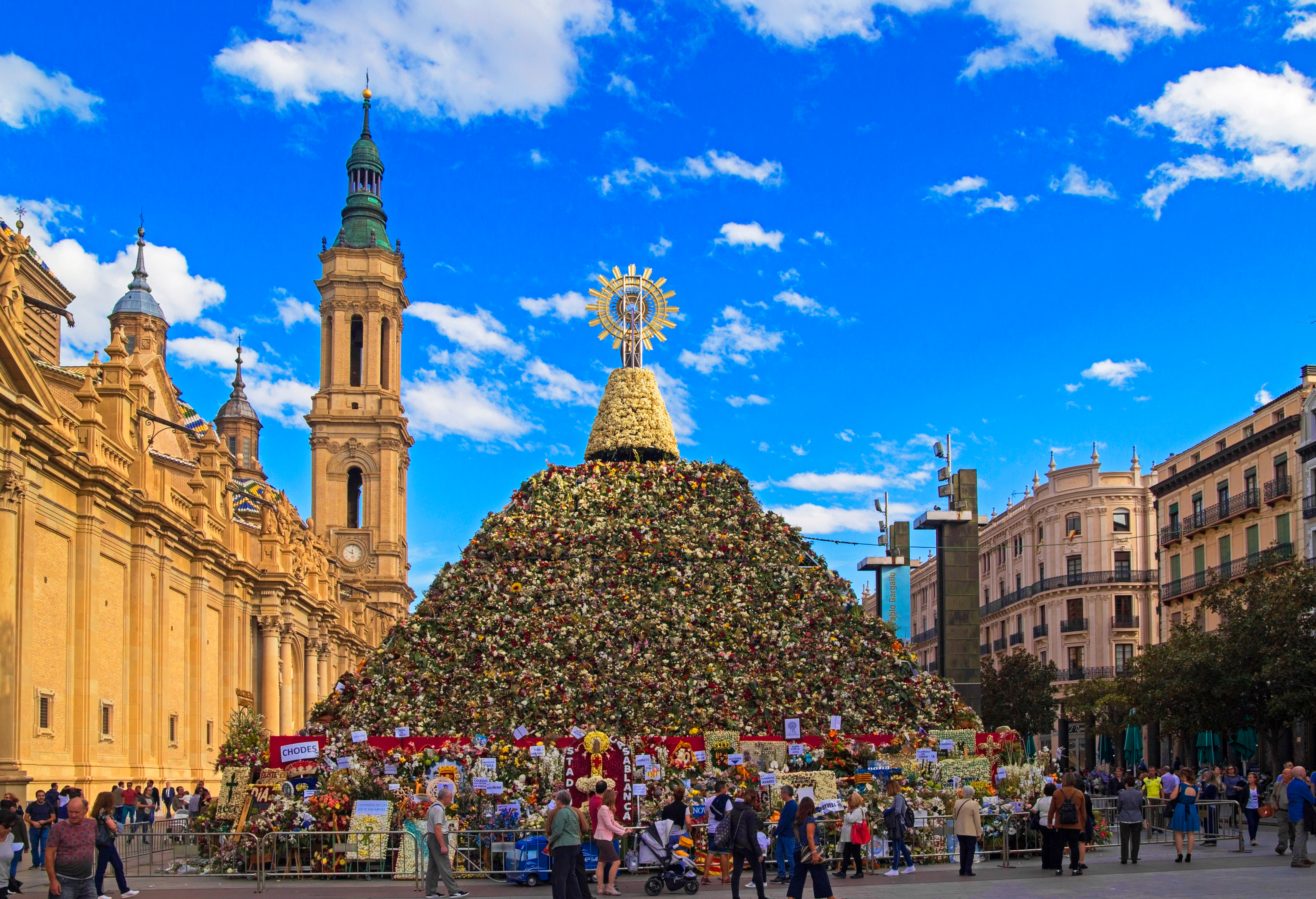 For inquiries concerning the demonstrations in Zaragoza, please contact Miguel Ángel Ania, Head of Innovations for the city of Zaragoza, at miguelangelania.pp@gmail.com.

Read more about the demonstrations in Zaragoza.