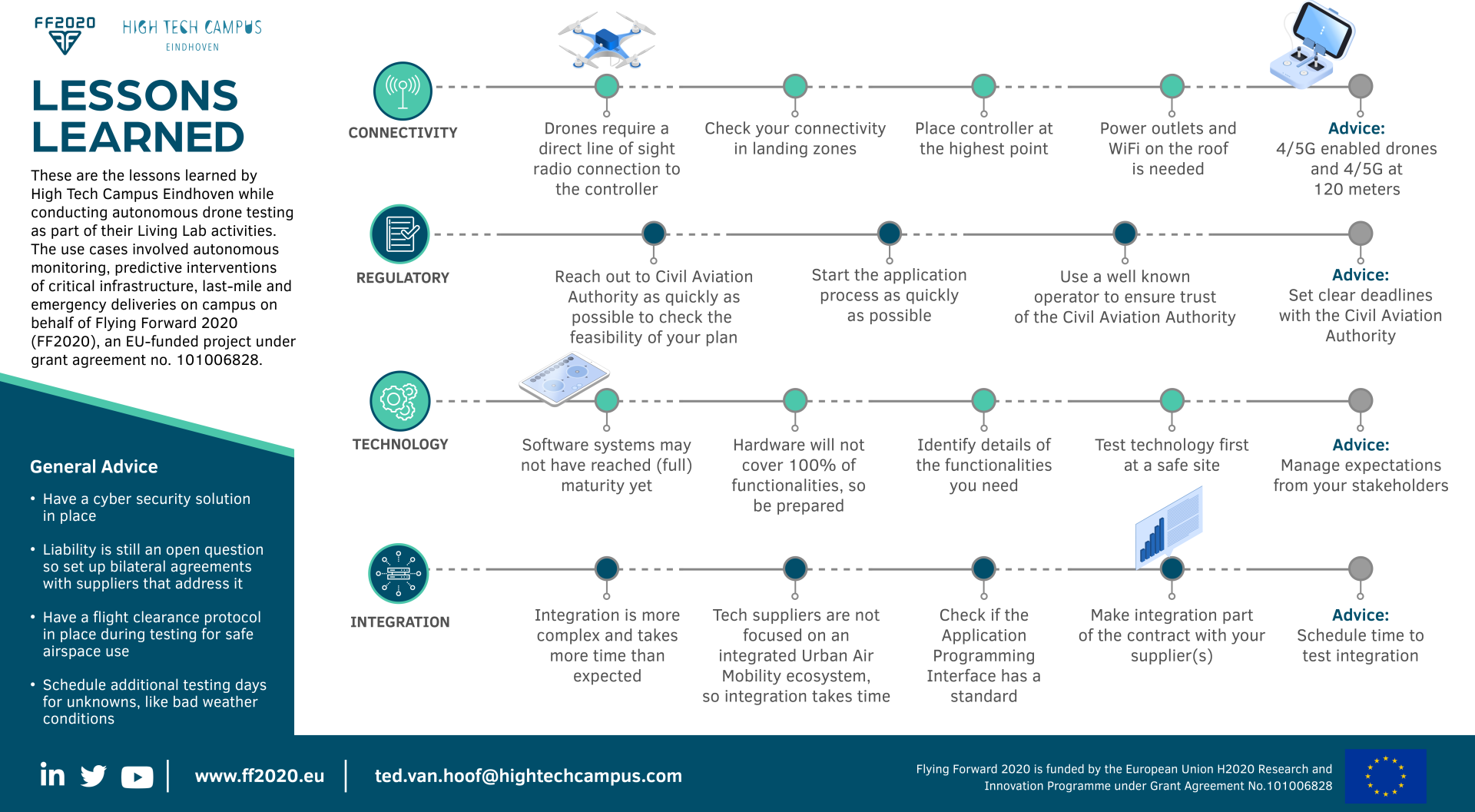 At the conclusion of this demonstration phase, significant lessons had been learned and documented so they could be applied to future testing in the FF2020 living labs in the cities of Zaragoza, Milan, Tartu and Oulu. The combined results from the demonstrations on HTCE and those achieved by other FF2020 living labs will provide valuable input, taking us one step closer to achieving our project goals.

HTCE’s findings include shortcomings and obstacles in several aspects of drone operations that were identified during the preparation and conduction of the demonstrations. High Tech Campus Eindhoven sectioned the findings into several areas of UAS operational testing in which significant lessons were learned. From this living lab’s perspective, some of these findings have emerged as challenges or valuable recommendations. Armed with this knowledge, Flying Forward 2020 has created an infographic that illustrates the lessons learned by the HTCE living lab. The visual highlights potential bottlenecks and provides practical advice for the living labs that will soon hold demonstrations and stakeholders looking to improve their preparation and deployment processes as part of their daily UAM operations.